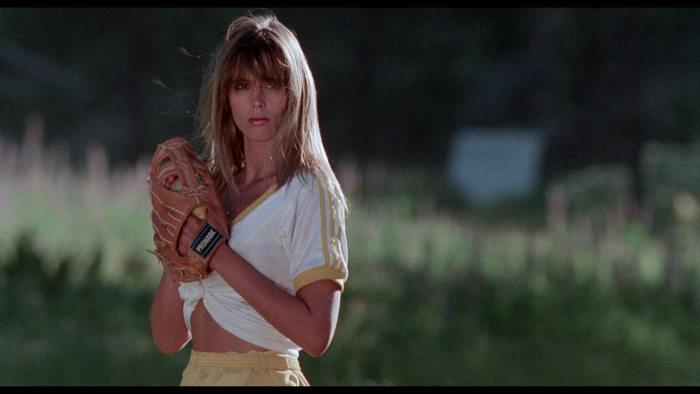 1990's "Blood Games" offers one of the more peculiar set-ups for a thriller I've ever encountered. While the material eventually settles into formula, depicting a forest battle between backwoods predators and female prey, the path to such a showdown makes its first stop at a rural baseball game, with the visitors a team of scantily clad ladies that drive around the country, battling local opponents. It's an underworld of sports betting with a side of Hooters-style teasing that gently launches the feature, giving director Tanya Rosenberg multiple opportunities to arrange sexploitation shots and examine the horrors of uncontrollable men. It's so weird, and yet, it's actually a fantastic way to commence "Blood Games," earning viewer interest with the unexpected before Rosenberg gives in to the predictability of genre demands. Read the rest at Blu-ray.com