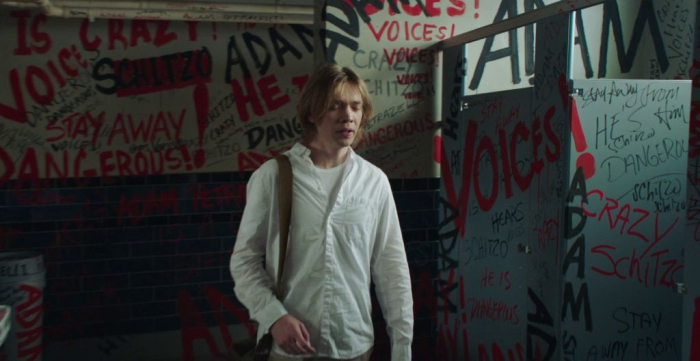 Director Thor Freudenthal built his career with family films, taking command of “Hotel for Dogs,” “Diary of a Wimpy Kid,” and “Percy Jackson: Sea of Monsters.” He graduates to teenage concerns with “Words on Bathroom Walls,” an adaptation of 2017 book by Julia Walton. Previously dealing with broad comedy and high fantasy, Freudenthal now takes on the challenge of visualizing the experience of having schizophrenia, following one character’s battle to understand and manage his mental illness. “Words on Bathroom Walls” isn’t a gritty viewing experience, softened somewhat to reach the intended adolescent audience, but that the helmer is capable of communicating such confusion and frustration in a clear manner is a major creative breakthrough, resulting in a flawed but fascinating picture that takes special care of a sensitive subject. Read the rest at Blu-ray.com