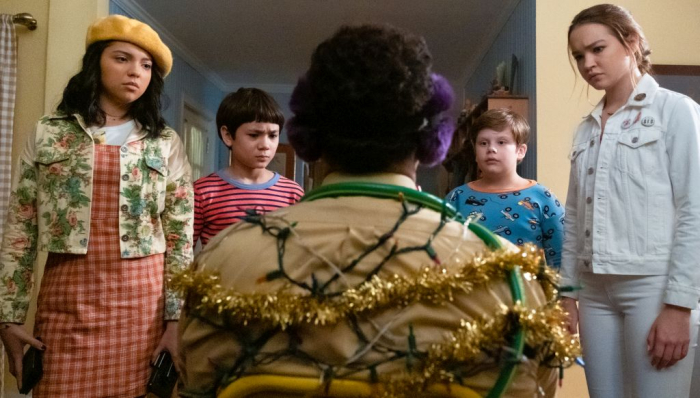 It’s been almost two decades since the release of “Spy Kids,” and it’s not been fun to watch director Robert Rodriguez run the bubblegum appeal of the original film into the ground, churning out increasingly disappointing sequels. Screenwriter Sarah Rothschild has the idea to semi-revive the concept with “The Sleepover,” and while the feature doesn’t oversee the spy-ening of spunky kids, it does follow the general idea of children getting to know the secret life of parents. Director Trish Sie isn’t the most visionary talent for this type of entertainment, but she handles the escapism adequately, overseeing a lighthearted adventure across Boston as a collection of little ones sample dangers once reserved for adults. “The Sleepover” doesn’t have a special snap, but it offers an amusing ride for family audiences. Read the rest at Blu-ray.com