Film Review - The One and Only Ivan 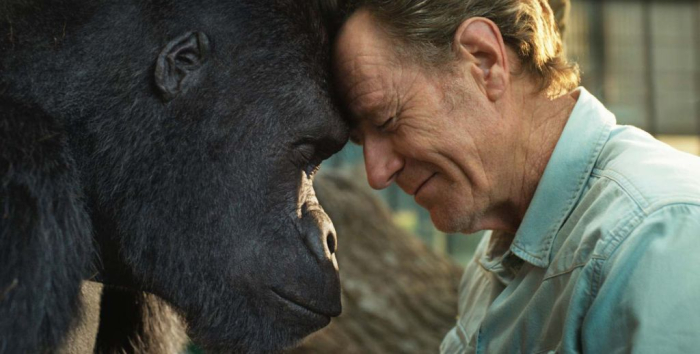 “The One and Only Ivan” presents itself as “Inspired by a true story,” only to introduce the main character, who’s a talking gorilla. It’s not clear how much reality is actually included in the feature, which is very much a modern Disney movie, keeping the story simple with cuddly characters and mild dramatic incidents. It’s easy on the senses but not especially satisfying, with screenwriter Mike White trying to create a picture aware of animal cruelty but not exactly condemning it, refusing a broader sense of villainy out of fear of losing young audiences getting their first sampling of confined creatures and the humans who exploit them. “The One and Only Ivan” is technically impressive, offering a lovely voice cast and excellent CGI, but as an offering of heart, the film remains cold to the touch, sticking with Disney formula to find its way to a conclusion. Read the rest at Blu-ray.com