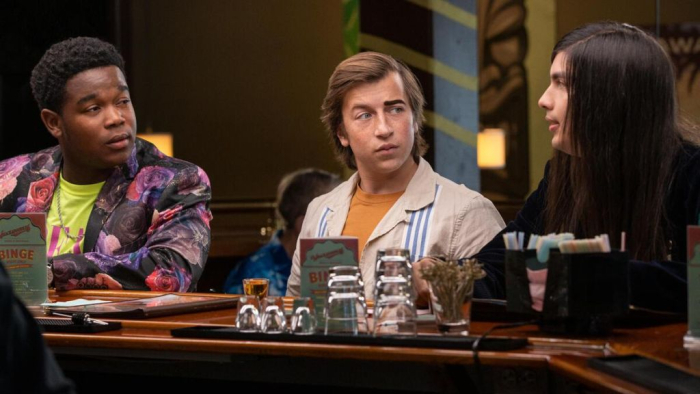 “The Binge” is a semi-parody of “The Purge,” going fully ridiculous with the original picture’s premise, which had a frustrated nation accepting a one-night stand with legal murder, permitting participants to go hog wild as the powers that be cull the herd. For “The Binge,” future American leaders relax their policies toward drugs and drink, giving the nation an evening of complete permissiveness. Of course, screenwriter Jordan VanDina is a little late to the party, as “Purge” sequels have already brought the series down to the level of self-parody, but he tries to create something raucous and tasteless with the new film, looking for a younger audience that might appreciate such a raunchy endeavor. VanDina doesn’t reach the potential of his idea, and he has a funny way of making his adult characters more enjoyable to watch, creating a teen-centric feature where the adolescents only get in the way. Read the rest at Blu-ray.com