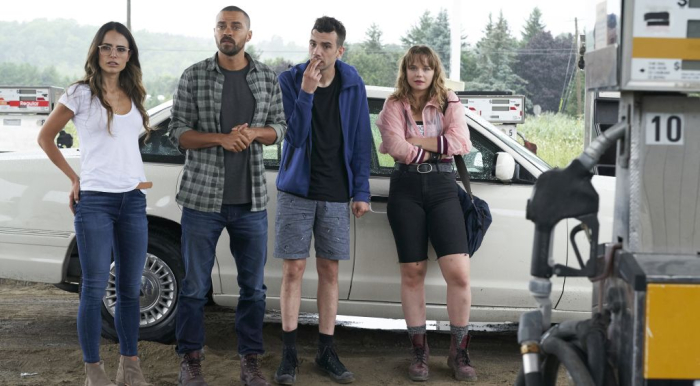 Jay Baruchel is best known as a voice of Hiccup in the “How to Train Your Dragon” film and television series, doing an amazing job bringing the character to life over the last decade, adding to the franchise’s sense of emotion and grandeur. However, it doesn’t seem like he wants to be known as a family friendly performer, making his directorial debut with the coarse hockey sequel, “Goon: Last of the Enforcers,” and he goes even darker with “Random Acts of Violence,” which is an adaptation of a 2010 comic book by Jimmy Palmiotti and Justin Gray. Examining the influence of grim genre art and entertainment, Baruchel (who co-scripts with Jesse Chabot) presents a savage picture that has a few provocative ideas to share, but not a whole lot of story to deliver. There’s a tremendous short movie in here, with “Random Acts of Violent” making salient points on the glorification of brutality. There’s just not enough to fill a feature. Read the rest at Blu-ray.com