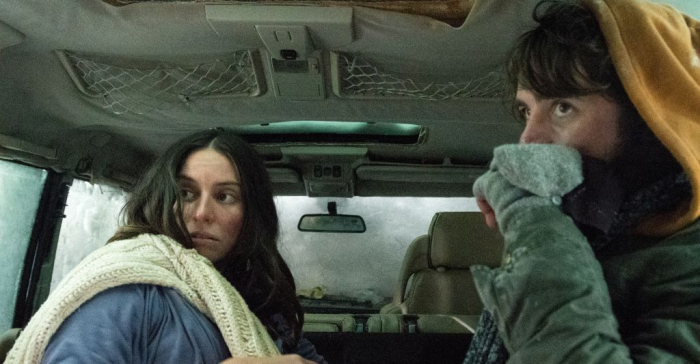 “Centigrade” is a survival picture that’s based on true story, though the specifics of the inspiration are vague at best. It’s better to put the reality of the story aside and approach the feature as a two-hander drama, where the participants are stuck inside of a car buried in the snow for 85 minutes of screen time. Screenwriters Daley Nixon and Brendan Walsh (who also directs) have quite the creative task, trying to make near immobility into a nail-biting experience of panic. “Centigrade” doesn’t achieve a few of its limited goals, but the movie is largely successful as a claustrophobic mission of self-preservation and logic. It’s not the easiest film to sit through, presenting all sorts of anguish and argumentative behavior, but Walsh believes in the endeavor’s importance as an offering of emotionality and perseverance, even when he can’t communicate such urgency to the viewer. Read the rest at Blu-ray.com