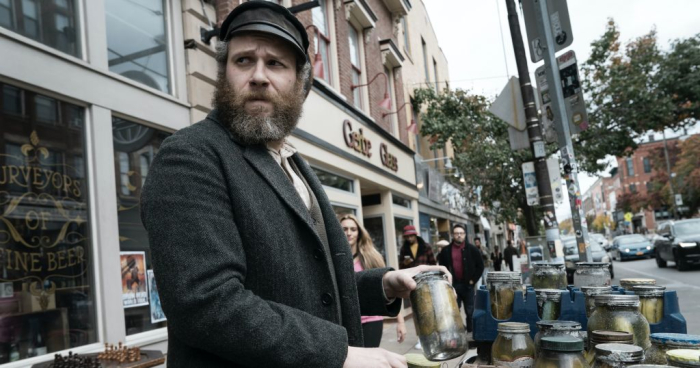 While “An American Pickle” is the latest comedy from Seth Rogan, gifting himself a dual role of a man out of time and his distant relative, the picture also represents the first solo directorial outing for Brandon Trost, a gifted cinematographer (dislike Rob Zombie’s “Halloween II” all you want, but that movie looks amazing) who’s put in command of a film that’s semi-serious about religion, but semi-farcical about everything else. As expected, Trost has some definite visual ideas for the feature, which looks interesting and does well with twin Rogens. He’s a little bit shakier when it comes to balancing tone, as “An American Pickle” has some difficulty moving from dramatic interests to broadly comedic sequences. It’s definitely funny in spots, working with a nutty idea from writer Simon Rich (who adapts his own short story). Consistency isn’t dazzling, but Trost gets the material most of the way there. Read the rest at Blu-ray.com