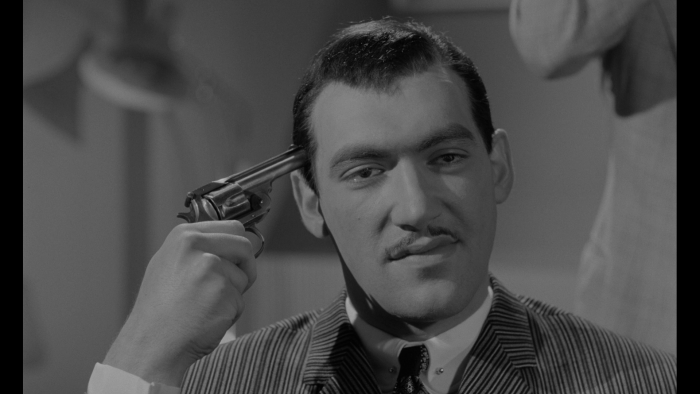 Doing well with their horror releases, Hammer Films stepped away from the scary stuff for 1959's "The Ugly Duckling." Taking inspiration (or "ideas stolen") from Robert Louis Stevenson's "Dr. Jekyll and Mr. Hyde," the movie offers a comedic take on shifting identities, putting actor Bernard Bresslaw in charge of portraying a two personalities emerging from one man. While the source material is meant to deliver chills, "The Ugly Duckling" aims for laughs, ending up as more of a precursor to "The Nutty Professor," with a gentle slide into a British gangster picture. It's not exactly a distinctive creative detour for Hammer, but Bresslaw makes it all worthwhile, doing his part to act up a storm while the screenplay fumbles with funny business. Read the rest at Blu-ray.com