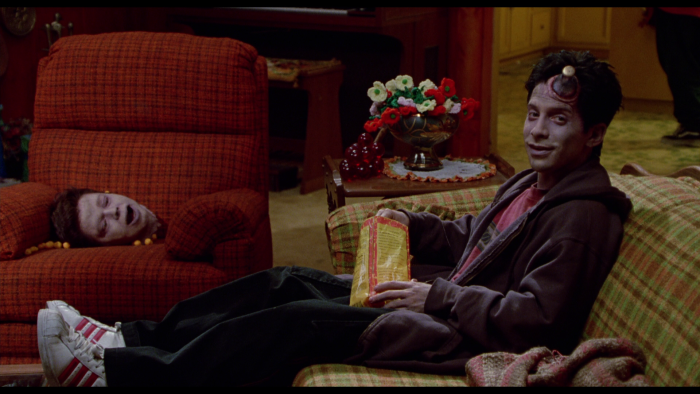 1999's "Idle Hands" tries to be something different, which is an admirable task, especially in the post-"Scream" horror marketplace, where everything was looking to be younger and hipper, aimed at a teenage demographic. It remains an adolescent adventure, filled with pot humor, broheim interactions, and sudden sexuality, but director Rodman Flender tries to buck a few trends by making his movie disgusting. He's brought a large amount of bodily harm to "Idle Hands," and that's the good news. The bad news is the feature's sense of humor and casting interests, which cripples what clearly wants to be a rip-roaring genre ride of unpredictable behavior and violent highlights. Read the rest at Blu-ray.com