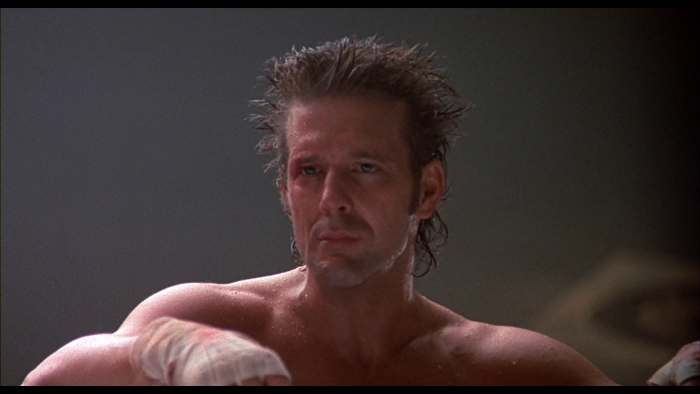 Before his career began to take flight, there was a moment in the late 1970s when Mickey Rourke was just beginning to show interest in acting, but he wasn't sure Hollywood had interest in him. Playing bit roles in big movies such as "1941" and "Heaven's Gate," Rourke elected to pour his frustrations into a screenplay loosely based on his own experiences as a boxer, taking years to shape what would become the 1988 feature, "Homeboy." There's definitely a lived-in quality to the picture, which deals with desperate people and bruised minds, but Rourke works to achieve something profound through the art of aimlessness, coming up with static drama that fails to do little more than showcase the star's acting, also saving room for co-star Christopher Walken to do what Christopher Walken usually does. Read the rest at Blu-ray.com