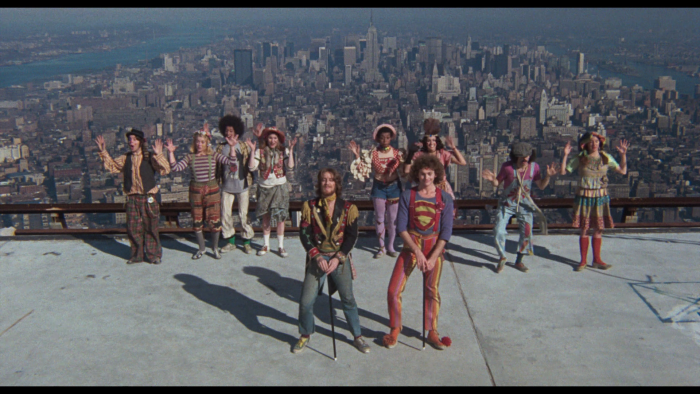 It all started with an idea from writer John-Michael Tebelak, who wanted something more than the usual when it came to a celebration of faith. He dreamed of a way to reinvent such love, to give the story of Jesus and his teachings a different spin, helping to reach a new audience understandably bored with the rigid ways of Christian storytelling. Tebelak eventually teamed with composer Stephen Schwartz, coming up with "Godspell," a musical that proved its worth during its 1971 off-Broadway debut, even inspiring a 1972 production with a cast that included Martin Short, Eugene Levy, Gilda Radner, Victor Garber, and Andrea Martin (Paul Shaffer was the musical director). While enjoying popularity and profit, it didn't take long for the show to hit the big screen, with 1973's "Godspell" hoping to share its unique take on faith and love with a larger audience. It's a film that's eager to please, with director David Greene working to retain the theatrical presence of the material while unleashing it on New York City, setting his cast free to romp around hop spots as they emphatically deliver a hippie gospel for a new generation of believers. Read the rest at Blu-ray.com