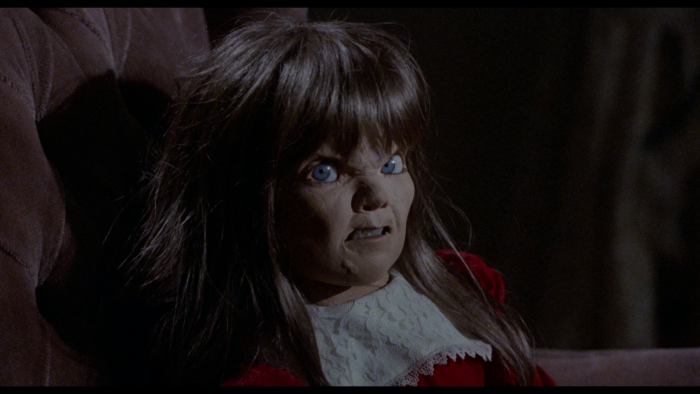 "Child's Play" was released in 1988, and the little horror movie about a possessed doll managed to make some money during its theatrical run. At least more than anyone expected from a picture with such a silly concept. It proved itself with smart execution and a memorable killer in Chucky, inspiring multiple productions looking to attract the same attention with their own visions of pint-sized terror. 1991's "Dolly Dearest" is the most distinct of the knock-offs, with writer/director Maria Lease aiming to recreate a similar feel to "Child's Play," pitting a demonic plaything against a family initially unaware of the danger they're in. In terms of scares and basic pace, Lease doesn't come anywhere near the 1988 genre triumph, but she has a few ideas that work, including the design of the titular threat, which hides malevolence behind mass-produced innocence. Read the rest at Blu-ray.com