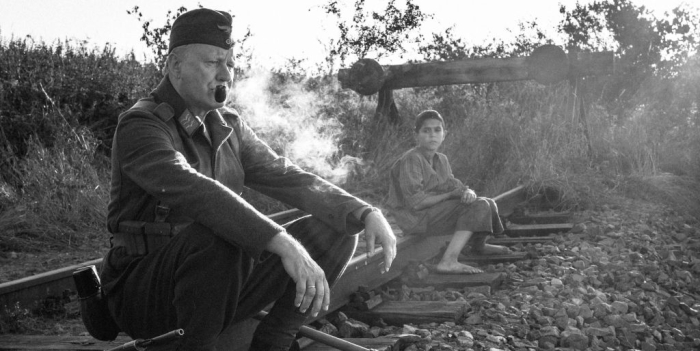 “The Painted Bird” is an adaptation of a 1965 novel by Jerzy Kosinsky. The book, once celebrated for its stark material concerning the Holocaust, has fallen into controversy over the years, with Kosinsky accused of inventing the autobiographical tale, filling it with horrors he never experienced. Such a troubling publishing history doesn’t throttle Vaclav Marhoul’s passion for the material, making a considerable effort to bring unthinkable physical and psychological violence to the screen. “The Painted Bird” is a vivid picture that inspects human cruelty with alarming directness, perhaps making it the most specialized viewing experience of 2020. It’s not a film for everybody, and those who choose to spend nearly three hours with numerous acts of dehumanization are offered a reasonably defined journey into survival and trauma. Marhoul can’t help himself at times, but he’s mostly on target when it comes time to attach meaning to a relentlessly suffocating feature. Read the rest at Blu-ray.com