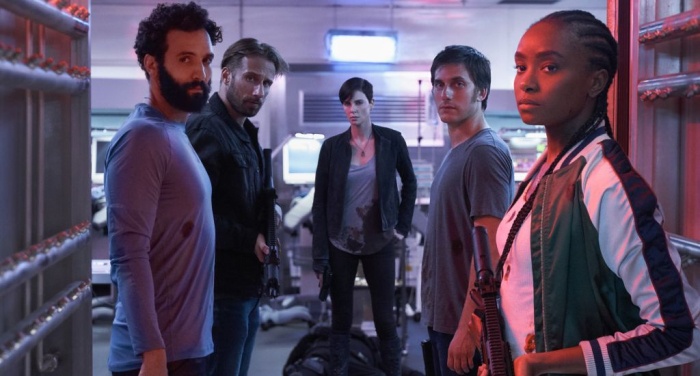 It’s kind of amazing that Hollywood hasn’t gotten around to remaking the 1986 adventure film, “Highlander.” Sure, they’ve tried, but nothing’s come together, leaving the original offering and its frustrating sequels to explore the angst and action of a life lived with violent encounters and never-ending tomorrows. “The Old Guard” is the best chance to huff “Highlander” fumes right now, with screenwriter Greg Rucka adapting his own 2017 graphic novel for the screen, introducing audiences to the ways of Andy and her team of eternal warriors, some who’ve lasted for centuries trying to make sense of their endless existence. “The Old Guard” is most engaging when it remains in comic book mode, presenting a heightened take on longstanding relationships and the trials of eternal life, giving director Gina Prince-Bythewood, a helmer known for her dramas (“Love & Basketball,” “Beyond the Lights”), an opportunity to explore genre bigness that’s often restrained by the demands of continuous exposition. Read the rest at Blu-ray.com