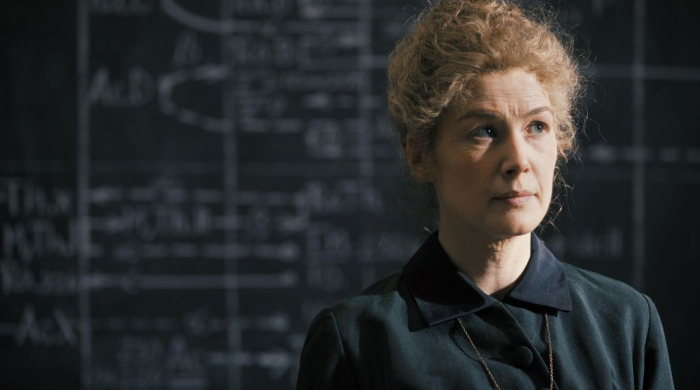 Marjane Satrapi found her voice in the art of graphic novels. She won acclaim and awareness with her work on 2000’s “Persepolis,” eventually bringing the book to the screen (with Vincent Paronnaud) in a 2007 animated picture, which went on to great success, even claiming an Oscar nomination. She continued in the medium for 2011’s “Chicken with Plums,” which was also based on her writings, and now she returns with “Radioactive,” which is a live-action adaptation of a 2010 graphic novel by Lauren Redniss. Instead of manufacturing a formulaic bio-pic of Marie Curie and her brilliant mind, Satrapi tries to remain respectful of the source material, making a periodically dreamlike film that mixes in bits of history while studying Curie’s behaviors, hoping to understand the singular drive of a woman who wanted to change the world and receive credit for her work, coming up against an establishment that had little tolerance for her personality, while matters of love threatened to fog scientific exploration. Read the rest at Blu-ray.com