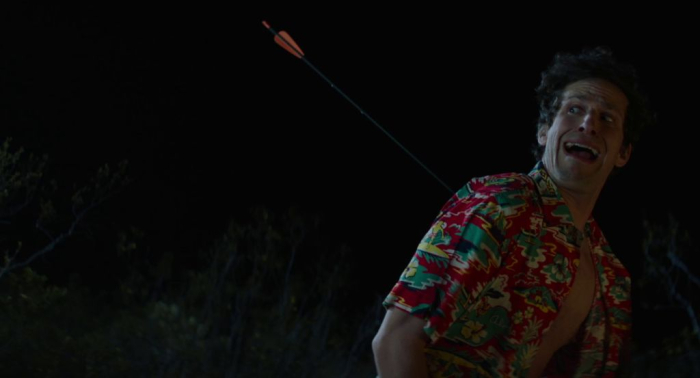 “Palm Springs” is co-produced by Andy Samberg, Jorma Taccone, and Akiva Schaffer, better known as the comedy trio The Lonely Island. The feature is even introduced as a “Lonely Island Classics” production (a funny riff on Sony Pictures Classics). And yet, “Palm Springs” doesn’t provide the same comedic jolt as earlier efforts, such as “Hot Rod” and “Popstar: Never Stop Never Stopping.” It’s not really a Lonely Island experience, handing creative reins to screenwriter Andy Siara and director Max Barbakow, who attempt to give Samberg a romantic comedy makeover while still retaining a bit of the wily weirdness he’s known for. “Palm Springs” has its select moments of insanity, but it tries to cut a little deeper, moving past gags to deal with pained characters going through a lot while experiencing something unreal. Read the rest at Blu-ray.com