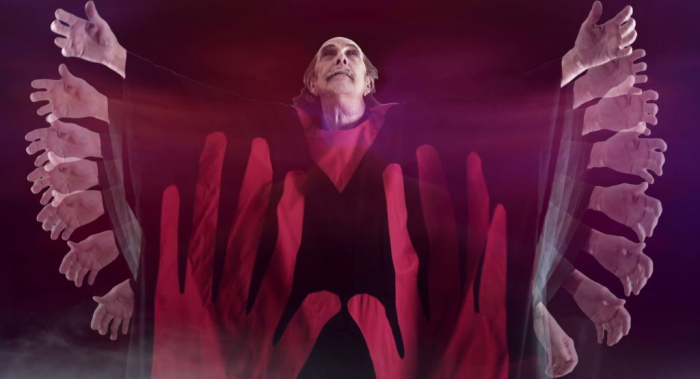 In 1966, on a bet, filmmaker Harold P. Warren tried to make his own horror picture armed with almost no money, spare sets, and a cast of amateurs. When “Manos: The Hands of Fate” premiere, it was greeted with laughter (an unwelcome reaction to a scary movie), soon falling into obscurity. In 1993, the classic television show “Mystery Science Theater 3000” selected “The Hands of Fate” for the full riff treatment, striking comedy gold with one of their finest episodes, soon putting the forgotten endeavor back into cult circulation. Suddenly, there was interest in Warren’s disaster, resulting in merchandise sales, a re-riffing from the heroes at Rifftrax, and a years-long restoration of the original workprint, bringing the effort back to its original theatrical presentation. And now, in the tradition of “Showgirls 2: Penny’s from Heaven,” comes “Manos Returns” -- a sequel nobody asked for, reuniting viewers with Torgo, Debbie, and The Master (sort of), with co-writer/director Tonjia Atomic making something slightly silly to beat potential mockers at their own game. Read the rest at Blu-ray.com