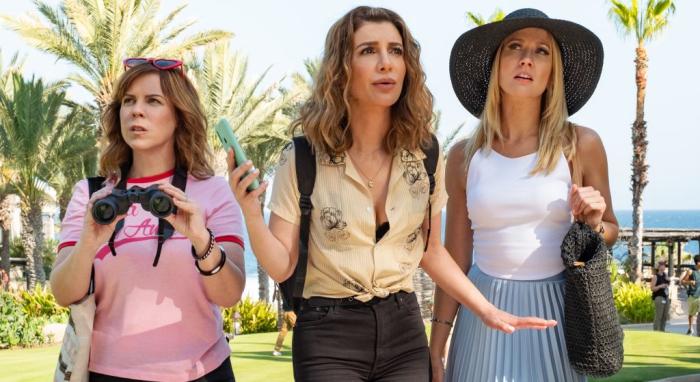 Nasim Pedrad is a former cast member on “Saturday Night Live.” She didn’t have a breakout moment on the show, but she provided refreshing weirdness at times, interested in making deep dives into bizarre characters. She left “SNL” in 2014, kicking around T.V. offerings ever since. Now she has her own starring vehicle in “Desperados,” a Netflix comedy that’s meant to show her stuff, commanding a romantic comedy that’s addicted to raunchy antics. Pedrad deserves better, but she gives an awful script by Ellen Rapoport (“The Jamie Kennedy Experiment”) her full commitment, trying to go screwball and sweet with impressive energy. The picture is a complete waste of time, as paint-by-numbers as it gets, but Pedrad deserves credit for trying to make an unbelievably lame film work on some frenzied level. Read the rest at Blu-ray.com