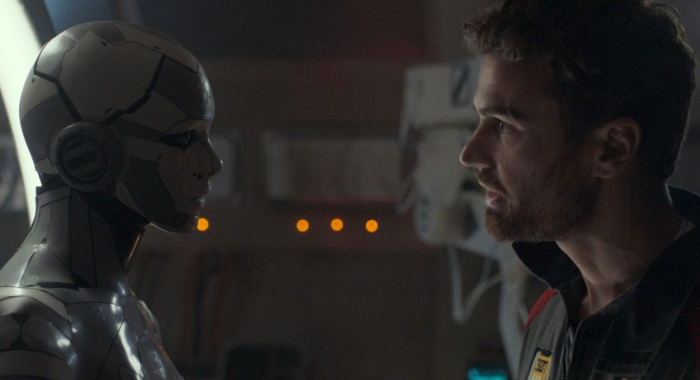 Theo James hasn’t delivered much excitement during his career, making a wrong turn into the flaccid “Divergent” franchise, while recently stumbling through the Netflix release, “How It Ends.” James gets to show a little more dramatic grit with “Archive,” which puts the actor in the realm of robots and grief, basically on his own for much of the picture, receiving a chance to play an ethically dubious character. It’s a fine performance, perhaps his best work to date, and James is boosted considerably by writer/director Gavin Rothery, who makes an impressive feature-length filmmaking debut with “Archive,” finding ways to stretch his budget to help create an immersive study of futureworld technology and personal desperation. Rothery can’t make the mystery go the distance, but the first two acts are compelling thanks to a helmer who really has a vision he wants to see come alive on the screen. Read the rest at Blu-ray.com