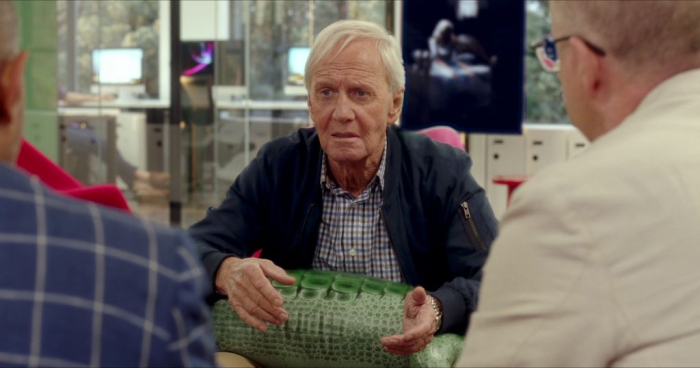 In 2018, a Super Bowl advertisement was created hinting a reboot of the 1986 smash hit, “Crocodile Dundee,” was coming in some form, with Danny McBride taking command of the role. It was eventually revealed to be an elaborate ad for Australian tourism, but the weird result of the mini-movie was excitement for a new “Crocodile Dundee” feature. Few could’ve predicted that response, especially original Mick Dundee, Paul Hogan (who cameoed in the commercial). Instead of capitalizing on the success of the ad with a fresh adventure for the once beloved Aussie icon, Hogan decides to do something smaller, blander, and possibly unfinished. With “The Very Excellent Mr. Dundee,” the actor plays himself living in a world of fading fame and sequel frenzy, participating in a comedy (scripted by Robert Mond and Dean Murphy, who also directs) that tries to be silly and self-referential, but mostly ends up uncomfortably odd. “The Very Excellent Mr. Dundee” plays like a tax shelter production, with Hogan offering the least amount of effort in a film that has no clear idea what it wants to be. Read the rest at Blu-ray.com