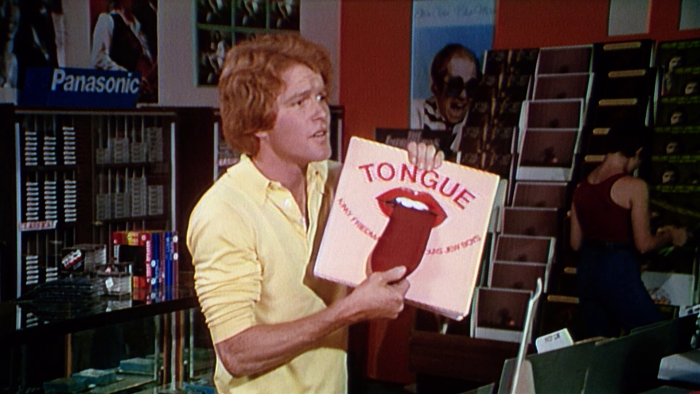 To best appreciate anything "Record City" has to offer, one has to secure their 1977 glasses on tight. Painfully tight. Everything in the picture comes from a different era of entertainment, when variety shows where common entertainment on television, and jokes weren't concerned with political correctness, embracing all sorts of stereotypes and dismissive attitudes, finding targets instead of punchlines. In the Wild West of the 1970s, director Dennis Steinmetz and writer Ron Friedman hope to tap into the post-"Car Wash" zeitgeist by offering a wacky comedy set inside a record store, where the hits are distributed to the public every single day, and the staff can't seem to stay out of one another's business. "Record City" is as loosely plotted as a movie can get, going episodic as a series of characters spend the day getting into all sorts of shenanigans, dealing with crime and sex as an amateur talent contest happens outside. Friedman serves up the silliness, and Steinmetz tries his best to shape something sellable out of the high jinks, occasionally interrupting a whirlwind of iffy behavior with musical performances and comedy acts. Read the rest at Blu-ray.com