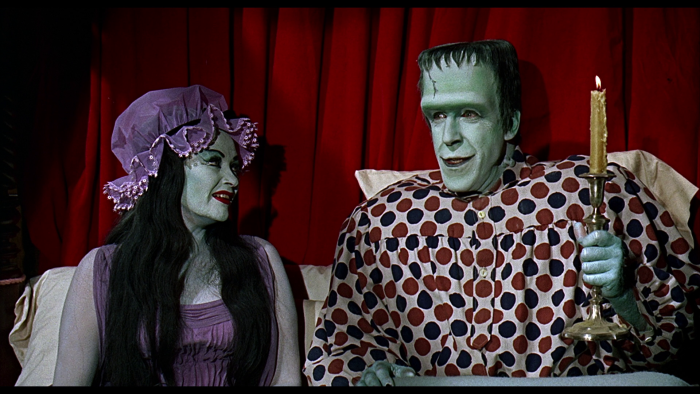 In 1966, the powers that be were ready to say goodbye to "The Munsters" on television, with the popular series coming to a close after 70 episodes. Needing a big splash to help send the series off to syndication, a feature was ordered up, put right into production to capitalize on the show's dissipating position in pop culture, and there was hope that such a leap from the small screen to movie theaters might trigger a second wind for the brand name, leading to various sequels for the residents of 1313 Mockingbird Lane. "Munster, Go Home!" is the strange title for the initial cinematic endeavor, but the production itself remains faithful to the blend of broad antics and sly comedy that made "The Munsters" such a hit, only here the scope of such mischief is widened for a potentially fresh audience. And there's the addition of color, giving fans a chance to see the clan go about their wacky business in bright, deep hues, creating an ideal hook for the faithful, presenting The Munsters with their intended green skin and Technicolor shenanigans. Read the rest at Blu-ray.com