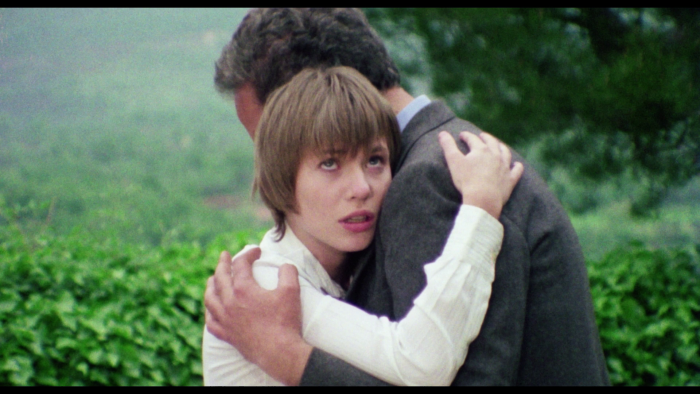 Attempting to participate in the rise of Satanic Panic features born from the success of "The Exorcist," 1979's "Malabimba" strives to replicate the same uncomfortable energy as a pure, young soul is corrupted by a special type of evil bent on using and destroying the innocence of its host. The Italian production, directed by Andrea Bianchi (1972's "Treasure Island," "Cry of a Prostitute"), isn't content to remain in a space of physical torment, working to amplify the horror of the situation as wickedness is unleashed inside of a castle. The production aims to go one step further, transforming "Malabimba" into adult entertainment, moving from softcore scenes of taboo temptation to hardcore inserts, aiming to sauce up the viewing experience by adding sexual conquests featuring the hired cast and intermittent views of genital close-ups. The picture is incredibly bizarre, and it's not entirely clear if Bianchi is even aware of what he's doing here, commencing the endeavor as a traditional fright film before veering off into a loopy dirty movie. Read the rest at Blu-ray.com