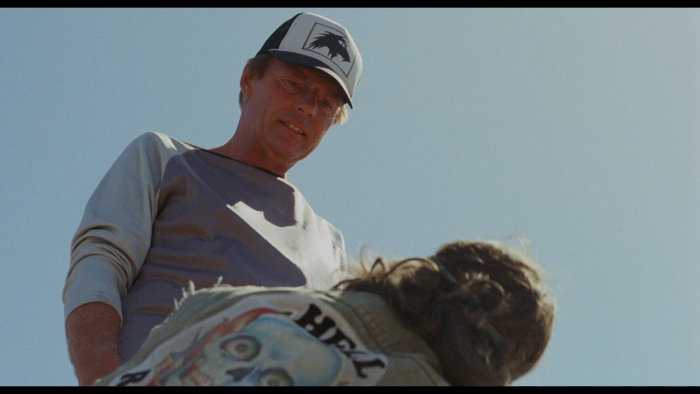 Biker films had their time and place, experiencing a heyday during the 1950s and '60s, with the image of a raging Hell's Angels-type was used to strike fear in the hearts of moviegoers, offering them the exotic threat of menacing types clad in leather riding around on deafening vehicles. In 1984, such acts of intimidation didn't carry the same weight, leaving "Hell Riders" with little to work with while it strives to assemble a terror show featuring particularly inept biker gang members. While it has the star power of Adam West and Tina Louise, "Hell Riders" doesn't offer much more than the occasional bit of amusing oddity, watching director James Bryan struggle with basic acts of storytelling and conflict. Read the rest at Blu-ray.com