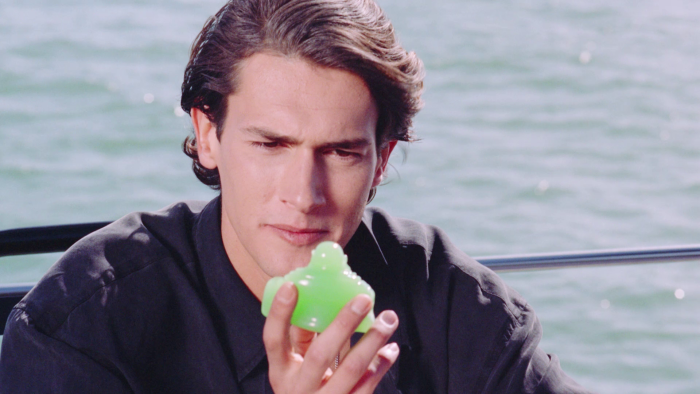 In 1985, writer/director Andy Sidaris decided to create his own special universe of heroes and villains, using the ways of no-budget filmmaking to generate cheap thrills through the use of exotic locations, rough action, and nudity. "Malibu Express" wasn't trying to alter the curve of exploitation cinema, but it did the trick for the VHS generation, inspiring Sidaris to keep churning out titles to meet demand, reusing actors and hot tubs as he built the Malibu Bay Films empire (joined by his wife, Arlene Sidaris). 1993's "Hard Hunted" is the seventh installment of the loosely defined series, continuing the adventures of bikini-clad security agents as they defend America with their firepower, sleuthing, and distinct skills of seduction. There's certainly a "if you've seen one of these things, you've seen them all" vibe to the picture, but to criticize Sidaris for his unrepentant recycling is missing the point of the Malibu Bay experience. "Hard Hunted" is an effort that leans especially hard on the formula of the franchise, though this chapter is a little more interested in outside activity, charming audiences with bright locales and performances, while Andy gradually loses interest in providing a workable story, making the movie more of a highlight reel of Malibu Bay delights than an escalating adventure concerning a mission to prevent the end of the world. Read the rest at Blu-ray.com