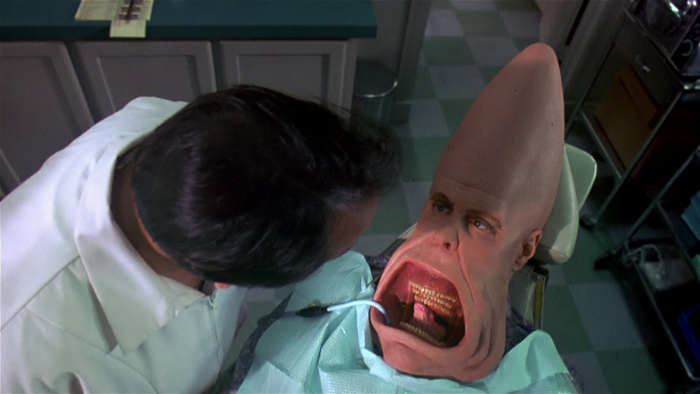 1980's "The Blues Brothers" is credited as the first "Saturday Night Live" movie, becoming a hit during the summer season, proving to Hollywood there was gold in them thar hills. However, it would take another 12 years before producer Lorne Michaels would permit another pass at a big screen adaptation of a sketch, eventually shepherding a cinematic spin for "Wayne's World," hitting the comedy zeitgeist with fresh, devastatingly hilarious offering that gracefully expanded the world of "Saturday Night Live" for a young audience newly hooked on the program. Bizarrely, for his follow-up, Michaels didn't march forward in pop culture, he went back, all the way to the year 1977, selecting "Coneheads" as the next display of multiplex power from the "SNL" catalog. It's not exactly clear what motivated this creative direction, but Michaels manages to assemble something with 1993's "Coneheads," offering co-writer/star Dan Aykroyd a shot at alien-based craziness with a feature-length showcase of his weirdest creation, transforming the family from "France" into a picture that periodically reminds the viewer that the concept only works in five-minute-long offerings of oddness. Read the rest at Blu-ray.com