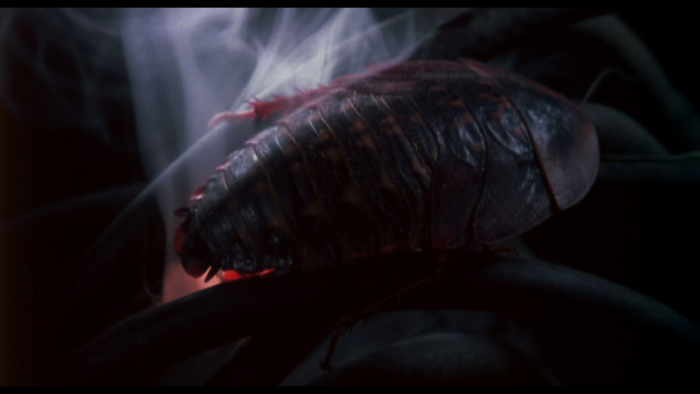 William Castle enjoyed an incredible career as a filmmaker, producer, and general showman, with his use of gimmicks to sell tickets turning him into an industry legend, creating vivid moviegoing memories for those lucky enough to see titles such as "House on Haunted Hill," "The Tingler," and "13 Ghosts." Castle had a special way of turning subpar cinema into an event, and for his final production, he strives to do something a little different with the insect invasion drama, "Bug." Such a title promises a run time filled with creepy crawlies, screaming co-stars, and some kind of stunt from Castle, but the co-writer/producer calms down for the 1975 feature, which is more of psychological drama than a chiller. In fact, there are barely any scares at all in the effort, as it aims to keep its distance from schlocky highlights. "Bug" prefers to burrow deep inside the main character's mind, going the weird science route with periodic violence and, apparently, use of "Brady Bunch" sets, giving the unfolding freak-out an unexpected familiarity as director Jeannot Szwarc tries to conjure a level of alarm that's not always there for the picture. Read the rest at Blu-ray.com