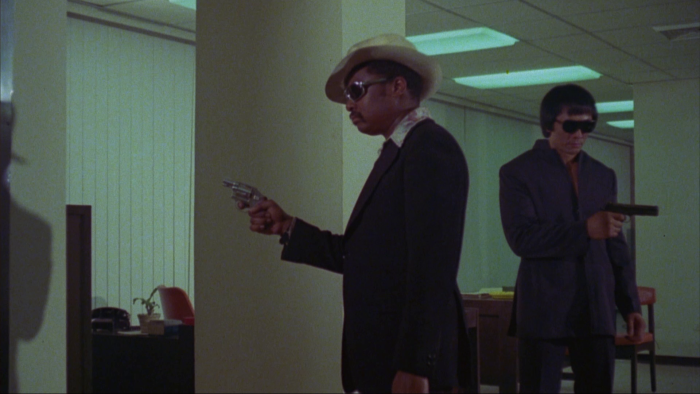 1978's "Blind Rage" has a crackerjack premise, pre-mixed for optimum drive-in entertainment. It's a crime/martial arts film about five blind men who are recruited to steal a fortune from a bank, using planning and their remaining senses to pull off a seemingly impossible crime. It's B-movie nonsense of the highest order, and while it has the goods to become something special, or at least deliciously campy, director Efren C. Pinon doesn't push down on the nonsense hard enough, losing interest in developing the effort's natural strangeness. It has its amusing stretches, but "Blind Rage" doesn't explode in the way one might expect from a tale of unusual sensorial ability put to criminal use. Read the rest at Blu-ray.com