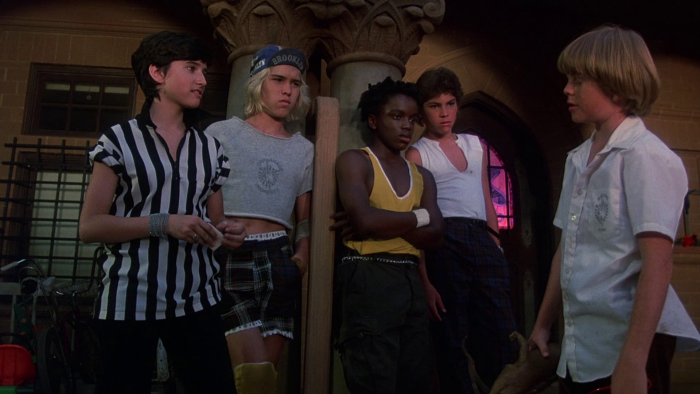 "Bad Manners" was reportedly conceived as a cult film for young audiences, giving an unrepresented audience a moment of midnight movie madness with an anti-authoritarian tale of terrible kids engaging in terrible behavior while in the care of terrible adults. The recipe is there, but someone, somewhere decided to turn the picture into an R-rated romp, making it nearly impossible for the target demographic to see the work without permission from a parent. It wasn't the brightest production choice, but there's not a lot of brain power going around "Bad Manners," which primarily details a war between obnoxious characters, decorated with uncomfortably aggressive behavior that makes it impossible to pick a side. Everyone should be institutionalized in this dreary comedy, which aspires to provide Mad Magazine-style shenanigans with rambunctious, cynical personalities, but can only muster a Cracked Magazine sense of humor. Read the rest at Blu-ray.com