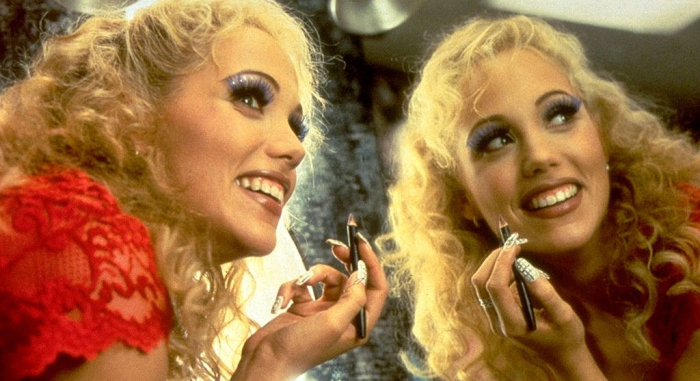 1995’s “Showgirls” has experienced a true roller coaster ride of appreciation. When it was initially released in theaters, sold as a sinful NC-17 viewing experience, it was promptly dismissed by critics as unforgivable trash. Audiences were initially curious, bur horrible word-of-mouth spread fast, killing the picture in its second weekend. And then it was gone. All that hype and promotion was over just like that, sending the effort to the VHS afterlife, destined to live the rest of its days as a cinema curio from Paul Verhoeven, a mighty director. And then something happened to “Showgirls.” Around 2000, it started finding an audience, and one that responded to the extremity of the endeavor with absolute delight, giving the box office bomb a second wind on home video and around the world as a midnight movie oddity. “You Don’t Nomi” is fairly late to the party with its offering of admiration and deconstruction, but for those with a profound love for the production, director Jeffrey McHale strives to present an understanding of what went right, and what went oh-so-wrong. Read the rest at Blu-ray.com