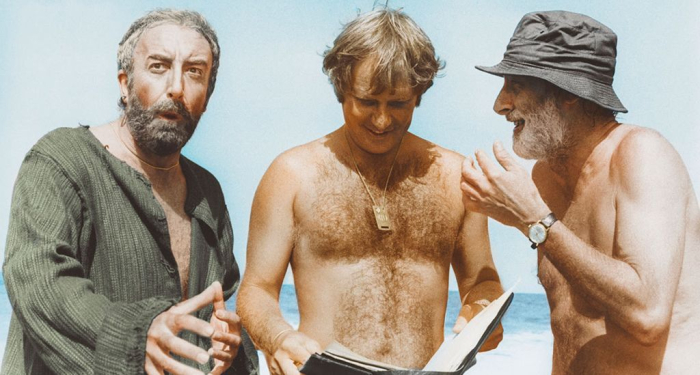 In 1973, Peter Medak directed “Ghost in the Noonday Sun,” a pirate adventure starring Peter Sellers. In truth, he didn’t really direct the feature, he survived it, and barely that, going into the project with slight hesitation, coming out a changed man with a profound fear that his career was killed by the experience. Over four decades later, Medak’s blood still boils at the thought of the endeavor, wrestling with unresolved issues pertaining to Sellers and his atrocious behavior on-set, showing little care for anything but himself. With hopes to reconcile with the past and see if there’s a way back into the time lost while making “Ghost in the Noonday Sun,” Medak turns to documentary therapy for “The Ghost of Peter Sellers,” where he recounts his days spent on the doomed project, managing a star who hired him but ultimately didn’t want to participate, methodically destroying the movie in the process. Read the rest at Blu-ray.com