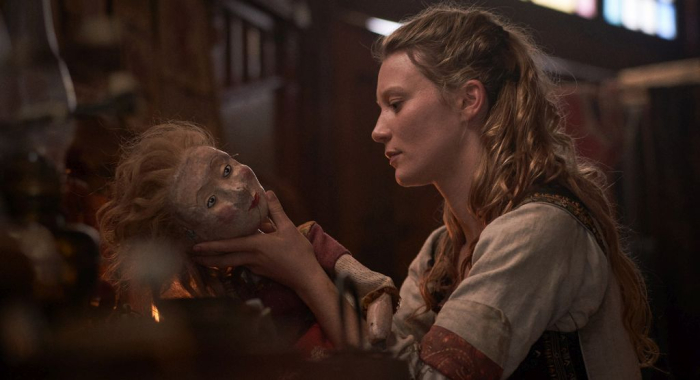 Perhaps the most surprising aspect of “Judy and Punch” is writer/director Mirrah Foulkes’s interest in returning to the past to examine a different origin story for a famous puppet show. Offering a feminist take on the saga of Punch and Judy, the feature winds back 400 years to a time of male dominance, religious fearmongering, and desperation for entertainment. Foulkes has something original with “Judy and Punch,” and something angry too, with the picture delivering an impressive level of violence to go with its pitch-black sense of humor and horror. It doesn’t always connect as it should, getting a little lost when it comes time to form a resolution, but Foulkes makes an impressive debut with the macabre endeavor, and while she’s not dealing in real history, her imagination is big enough to reconsider the state of art and gender balance during a chaotic time period. Read the rest at Blu-ray.com