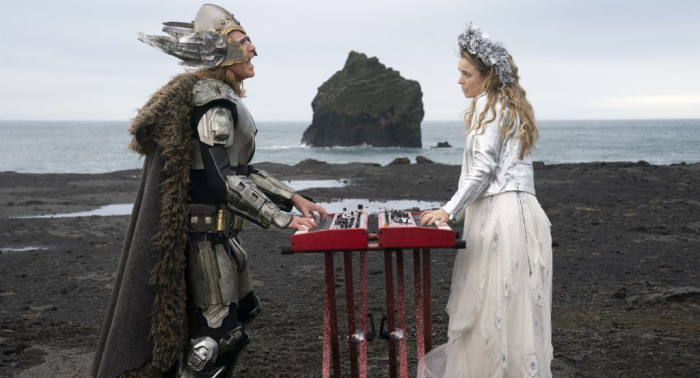 When one thinks of a well-directed American comedy, the name David Dobkin doesn’t immediately come to mind. He had a hit, a massive one, with 2005’s “Wedding Crashers,” and he’s been riding that credit over the last 15 years, making disappointments like “Fred Claus” and “The Judge,” and wiping out with 2011’s “The Change-Up.” Dobkin remains in the funny business for “Eurovision Song Contest: The Story of Fire Saga,” which reunites him with “Wedding Crashers” stars Rachel McAdams and Will Ferrell (who co-scripts with Andrew Steele), this time setting the duo loose on the beloved international song competition. The idea offers a ripe opportunity for silly stuff, and Ferrell and Adams are certainly game to have some fun. There’s an unexpected gentleness to the picture as well, which isn’t completely obsessed with raunchy antics, but good heavens, Dobkin has no idea how to cut the feature, refusing to pare down an exhausting 123-minute-long run time, suffocating the endeavor, which could probably do wonders with tighter edit. Read the rest at Blu-ray.com