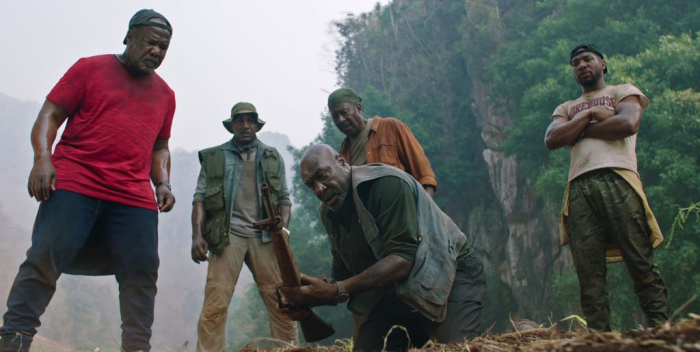 With 2018’s “BlacKkKlansman,” director Spike Lee achieved something that’s actually been quite rare during his lengthy career: a big hit. The picture managed to wow critics, inspire the awards circuit, and lure audiences into theaters to see one of the helmer’s better features, which bristled with angry energy and indulged cop movie theatrics. Coming off the powerful “Chi-Raq,” Lee was suddenly on a roll again, ready to cash in some of his clout to make an epic for Netflix, the company eager to spend anything on anyone. “Da 5 Bloods” isn’t Lee’s most ambitious effort (1992’s “Malcolm X” wins that prize), but he’s swinging for the fences with this examination of the black experience in Vietnam, which is intertwined with more defined elements of wartime action and guilt-ridden madness. It’s a messy endeavor, overlong and yet somewhat ill-defined, but Lee’s mojo carries the project most of the way, offering a periodically vivid understanding of pure racial and political frustration. Read the rest at Blu-ray.com