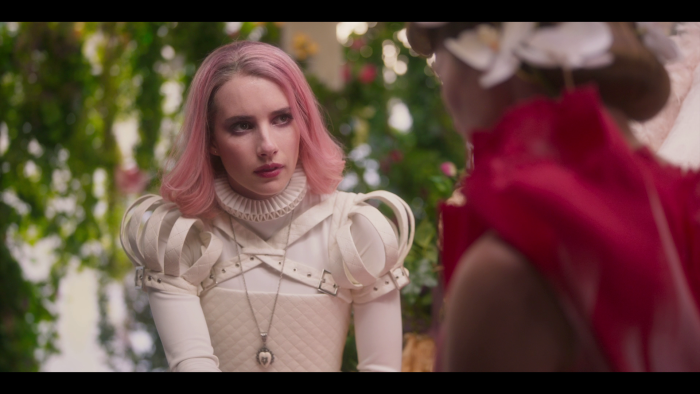 Alice Waddington makes her feature-length directorial debut with "Paradise Hills," and it's a stunner in many ways. She's created a fantasy world of re- education with screenwriters Nacho Vigalondo and Brian DeLeeuw, finding a way to deal with gender submission troubles while creating a futureworld environment of hostility thinly veiled by hospitality. The production has its storytelling issues, happy to throw everything at the screen without explaining a great deal of it, but Waddington also strives for a visual experience, offering terrific design elements throughout. "Paradise Hills" has something to say about the state of oppressed females, heading into a sci-fi direction to explore a survival tale that's loaded with screen detail and summons the eternal burn of frustration as it transforms into revolution. Read the rest at Blu-ray.com