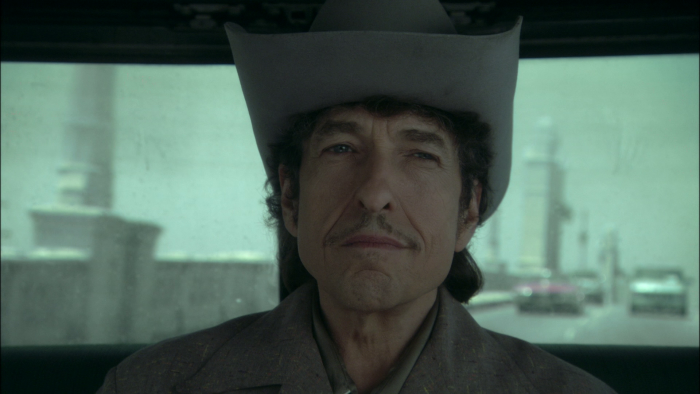 The musical legacy and poetry of Bob Dylan tries to find any source of oxygen in 2003's "Masked and Anonymous." It's a dystopian western with periodic concert performances from Dylan, who also accepts a starring role in the picture, returning to dramatic interests after a long break from the movies. Co-writer/director Larry Charles (who collaborates with Dylan under pseudonyms for some reason) has the unenviable task of translating Dylan's thinking into a feature, and there's some sense of adventure with "Masked and Anonymous," which puts in a game effort to protect the beloved musician's head space. However, four minutes of Dylan is one thing, but Charles has to tap dance for 107 minutes here, and his fatigue is impossible to miss. Read the rest at Blu-ray.com