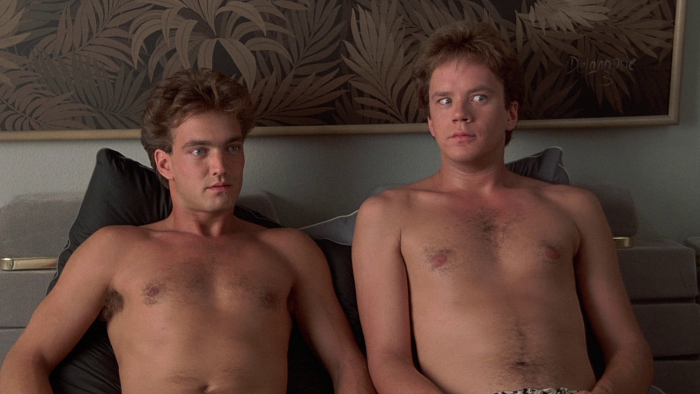 Directorial careers can be very strange, with most helmers struggling to find work, jumping from project to project just to maintain a living. James Frawley (who passed away in 2019) is in possession of that kind of wild resume, primarily working in television, laboring to make lackluster shows presentable. And then, in 1979, Frawley was offered a shot to guide "The Muppet Movie," allowing Jim Henson a chance to focus on performance and puppet work while someone else managed day-to-day business. Frawley ended up with one of the best films of the year and arguably the finest Muppet cinematic endeavor of all time. However, he couldn't get anything going with such a credit, returning to television, with his next theatrical offering being 1985's "Fraternity Vacation," taking command of a teen horndog production meant to be made as cheaply and quickly as possible to compete with the rising tide of R-rated comedies that delivered juvenile antics and naked bodies. It's difficult to understand what Frawley was thinking when he accepted the job, besides collecting a paycheck, suddenly in charge of realizing a simplistic screenplay (by Lindsay Harrison) and supporting limited actors, stuck with pure formula to make multiplex (and VHS) fodder. Where's Kermit when you need him? Read the rest at Blu-ray.com