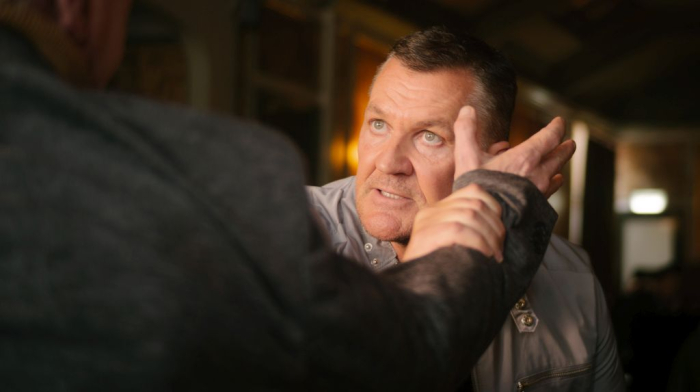 The poster for “Villain” promises a blistering action viewing experience. There’s star Craig Fairbrass in full brutalizer pose, clutching a gun while walking away from a wall of flame and scattered sparks. Gotta have those sparks. The marketing for the feature is presenting a distinct image for revenge cinema, so it comes as something of a surprise to find out that “Villain” isn’t anywhere near the bone-breaker offering initially imagined. Writers Greg Hall and George Russo keep their distance from displays of aggression, with the story concerning the emotional toil of a life of crime, with the lead character spending his hours trying to pick up the pieces after experiencing a stint in prison, locked away while the world changed. Promotional efforts want to sell some slam-bang entertainment, but this movie is far from that, offering a compellingly emotional journey, boosted by a terrific turn from Fairbrass. Read the rest at Blu-ray.com