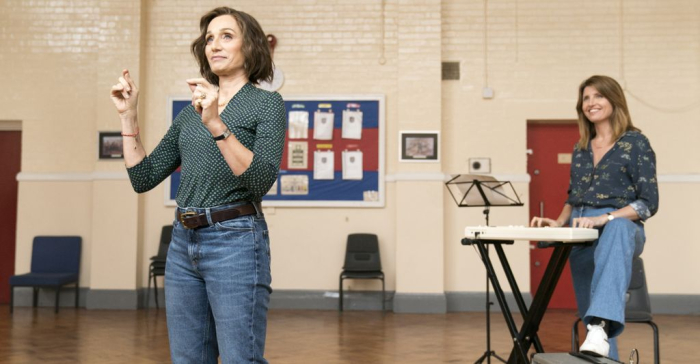 In 1997, Peter Cattaneo directed “The Full Monty.” The little picture about working class blues and male nudity became a big deal, enjoying critical acclaim and sizable box office, also starting a trend of sorts, with studios suddenly ordering their own tales of miserable people overcoming great odds through peculiar hobbies. Cattaneo couldn’t capitalize on the hit film (bottoming out with the awful 2008 comedy, “The Rocker”), and now he’s attempting a similar viewing experience 23 years later. “Military Wives” is based on the true story of female choirs who pour their heart and soul into song while their significant others are away on duty, and the premise is ripe for feel-good entertainment, observing emotionally wounded people coming together for a greater good. While the whole thing seems unbearably contrived, Cattaneo actually locates a pulse for “Military Wives,” finding a sincere way to approach pure cliché. Read the rest at Blu-ray.com