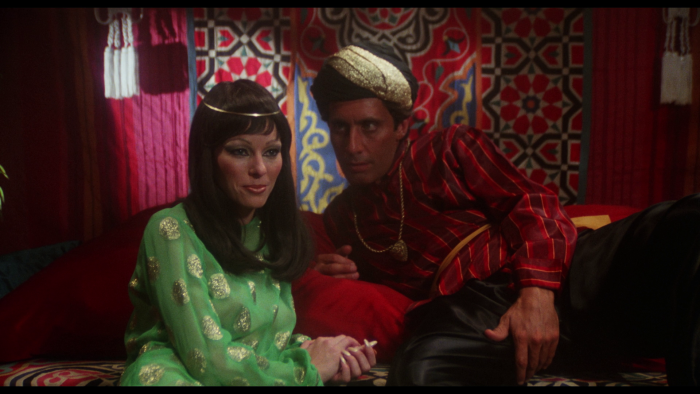 1982's "A Thousand and One Erotic Nights" makes a valiant attempt to be a respectable, borderline epic adult movie, and one that tries to treat its source material with some degree of respect. Writer/director Edwin Brown sets out to do something saucy with "One Thousand and One Nights," a collection of Middle Eastern folk tales that doesn't immediately translate to sexual interplay, but the production puts in the effort to create something entertaining, varied, and, whenever possible, technically proficient, with Brown hoping to elevate his endeavor with cinematic emphasis wherever he can get away with it. Read the rest at Blu-ray.com