Film Review - We Summon the Darkness 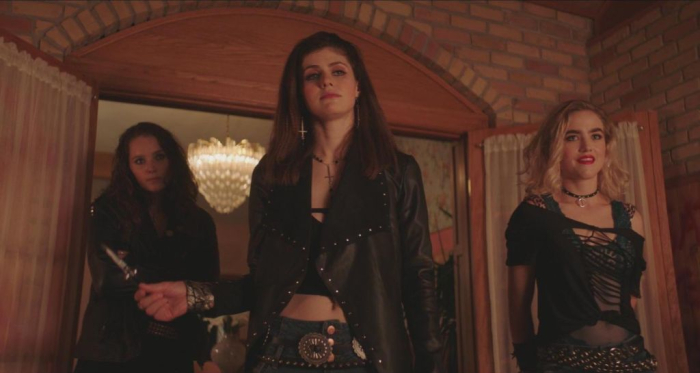 Just last month, director Marc Meyers helped to bring “Human Capital” to the screen. It was a somber look at pained relationships and grim secrets, with Meyers working to find emotional truth in the midst of a semi-soap opera, showing some hustle to keep the picture afloat. He’s back a few weeks later with “We Summon the Darkness,” which is a significant change in genres, leaving behind a faint sense of reality to make a small-scale horror romp featuring a cast of screamers and bleeders. Playfully using the Satanic Panic movement of the 1980s heavy metal scene to develop his own nightmare scenario, screenwriter Alan Trezza (“Burying the Ex”) offers initial cleverness before the feature becomes a showcase for panicky interactions. “We Summon the Darkness” doesn’t have a strong enough fear factor, but it’s a tidy presentation of evil behavior, with a few surprises to keep viewers glued to a story that’s big on prolonged scenes of suffering. Read the rest at Blu-ray.com