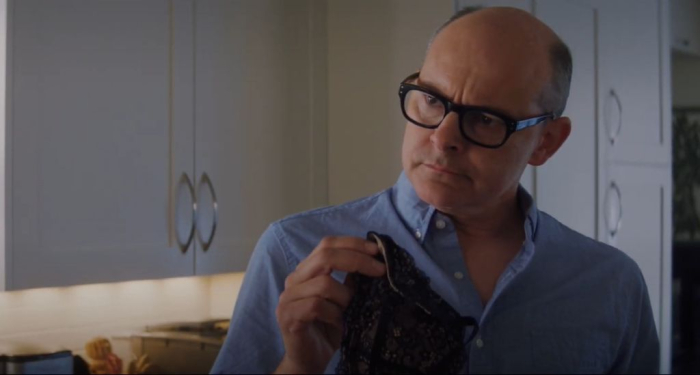 There’s been “Bad Grandpa,” “Bad Teacher,” and “Bad Moms,” with each of the films attempting to offer a level of crude comedy to support their blunt titles. And now there’s “Bad Therapy” (not to be confused with “Bad Education,” coming out in a few weeks), which isn’t a lowbrow comedy about the horrors of human behavior, but something darker, curious about the ways of psychological damage. At least that appears to be the original intent of the screenplay, credited to Nancy Doyne, adapting her own book. “Bad Therapy” has a game cast and a faint sense of marital engagement, but it’s also a thriller in roundabout way, attempting to explore a damaged person’s descent into obsession. There’s something promising at both ends of the story, and the movie is engaging for its first hour. However, director William Teitler has noticeable difficulty trying to marry the writing’s extremes, stumbling at times with material that’s perhaps too complex for a feature adaptation. Read the rest at Blu-ray.com