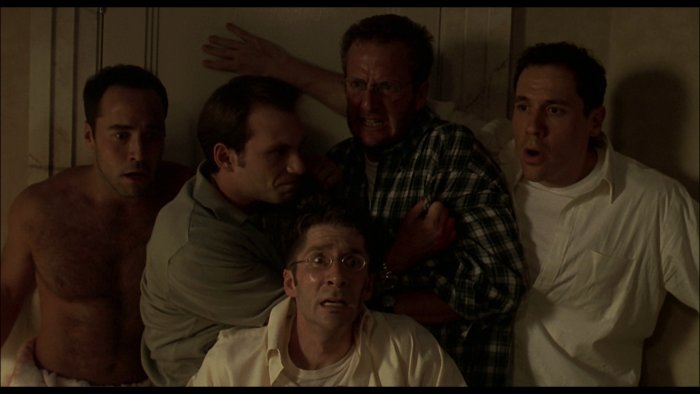 Throughout the 1980s and '90s, Peter Berg was a character actor trying to make his way through the industry, acquiring supporting roles and finding success as a cast member on the television series, "Chicago Hope." However, his real dream was to be a director, making his feature-length filmmaking debut with 1998's "Very Bad Things," also claiming credit for the screenplay. While often playing mild men as a thespian, Berg goes hog- wild as a helmer, creating a black comedy with profound depths of bad behavior, always trying to find the darkly humorous potential of characters engaged in destructive antics that involve multiple murders. Berg unleashes his id with "Very Bad Things," trying to make a distinct impression with a manic effort that's not short on macabre incidents, but remains laugh-free as it lovingly details ugliness. Read the rest at Blu-ray.com