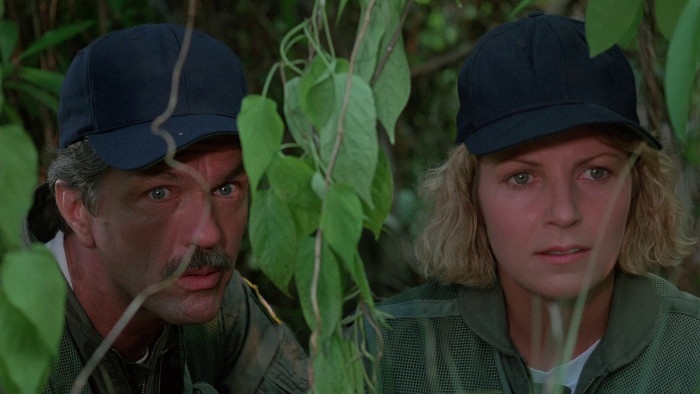 While 1997's "G.I. Jane" nabbed all the headlines for its then-provocative story about a female struggling to make her mark in the male-dominated military, it's interesting to see 1986's "Opposing Force," which basically explores the same story. Granted, it's a less evolved saga of empowerment and pain, but screenwriter Linda J. Cowgill makes a valiant attempt to address the gender experience in the armed forces, creating a tale of a woman who wants to serve her country singled out by dismissive and predatory men. Because it was created in the 1980s, there's a defined vibe of exploitation to "Opposing Force," which isn't exactly taking a jeweler's loop to the equality issue, with director Eric Karson more interested in suffering and action as he tries to make B-movie with slightly elevated world awareness. Read the rest at Blu-ray.com