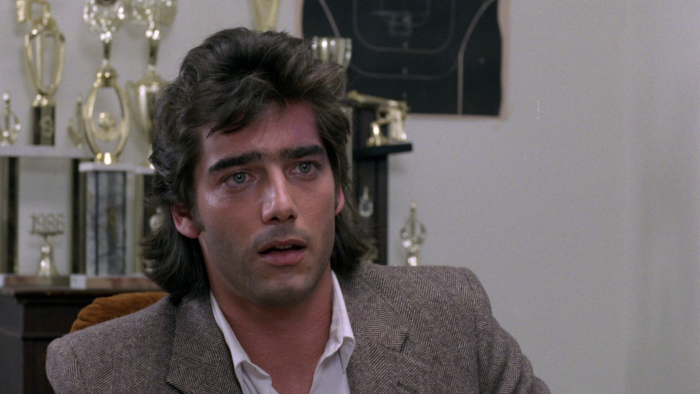 1986's "Omega Syndrome" tries to keep actor Ken Wahl viable as an action star. While not without charm and leading man looks, Wahl is the reluctant hero in the picture, which is scripted by John Sharkey and transformed into something sellable by director Joseph Manduke, tasked with becoming an authoritative bruiser in a film that's not entirely interested in providing a violent thrill ride. "Omega Syndrome" has the "Taken" formula, with a father losing his daughter to kidnappers, forced for fight for her return, and there's a certain entertainment value in the clash between Wahl's hesitant force for justice and the neo-Nazi scum who make the mistake of taking his character's only child. It's a blunt feature, but certain elements of the writing hint at a more detailed assessment of good and evil, giving the endeavor interesting moments of psychological clarity and idiosyncrasy before it plunges back into the escapism of an Italian-produced B-movie unleashed on the back alleys and parking garages of Los Angeles. Read the rest at Blu-ray.com