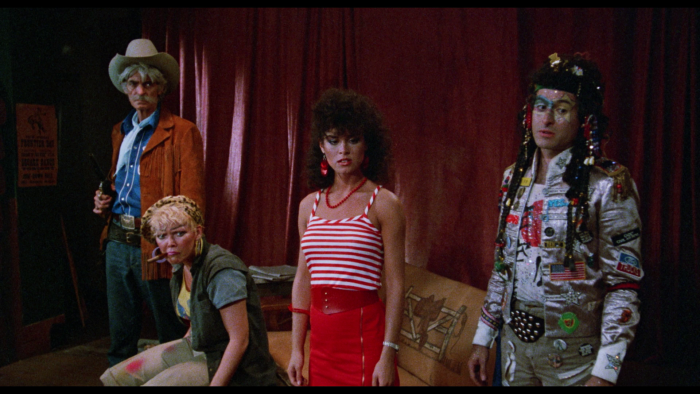 In January, 1984, New World Pictures released "Angel." Not expecting much from the feature, it turned out to be a minor hit for the company and wildly profitable for its producer, Sandy Howard, who wanted a sequel right away. Exactly 12 months later, "Avenging Angel" was hurled into cinemas, with returning screenwriters Joseph Michael Cala and Robert Vincent O'Neil (who directs once again) tasked with recapturing the same box office levels, only without the same type of movie, inching the franchise toward actioner interests, while losing star Donna Wilkes, replaced here with Betsy Russell. "Angel" went to dark psychological spaces, laboring to avoid becoming just another sexploitation romp in a saturated marketplace. "Avenging Angel" is quick to become junk food, turning the main character into a Pam Grier type as the series quickly becomes traditional VHS fodder. Read the rest at Blu-ray.com