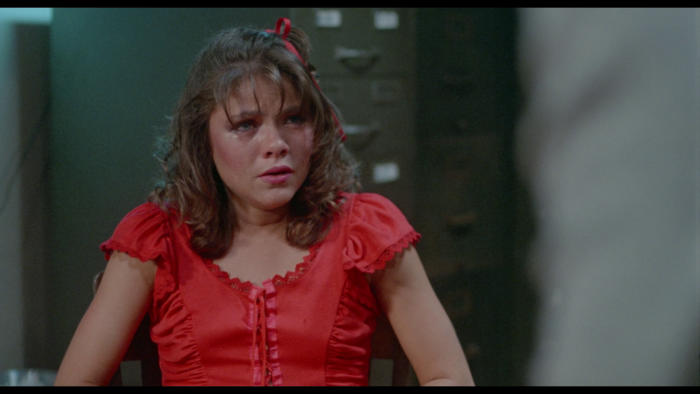 Sexploitation goes kind of sad in 1984's "Angel," which was marketed brilliantly by the folks at New World Pictures, promising audiences a sleazy endeavor tracking the daily life of a "High School Honor Student by Day, Hollywood Hooker by Night." It's quite the come-on, but the screenplay by Joseph Michael Cala and Robert Vincent O'Neil (who also directs) isn't interested in providing cheap thrills with this chiller. It's grittier than it initially appears, with "Angel" concentrating on the suspense of a serial killer story, but also the weariness of the titular character's life as she tries to keep her head above water. There's a certain level of realism to go with B-movie activity, which doesn't exactly welcome viewers to what's truly an incredible downer, but it does make the endeavor compelling to certain extent. Read the rest at Blu-ray.com