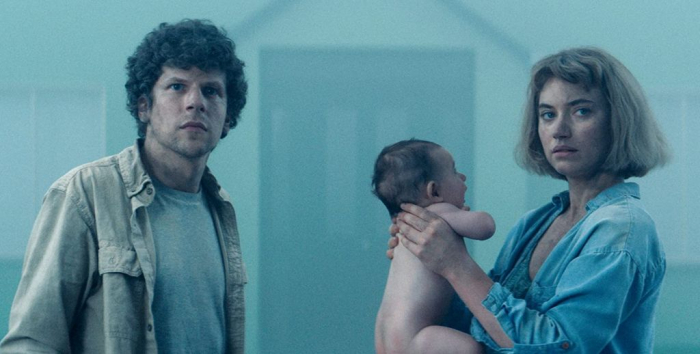 Director Lorcan Finnegan and writer Garret Shanley strive to create a major brain-bleeder with “Vivarium,” which presents a puzzle of isolation and antagonism that mixes elements of satire and sci-fi to come up with something supremely odd. There’s success with the production’s limited goals of disorientation, as the movie provides a decent ride into confusion and paranoia, offering viewers a sense of uneasiness similar to a “Twilight Zone” episode, only without the tidiness of television storytelling. Finnegan and Shanley come up with a terrific short film in “Vivarium,” conjuring a genuine sense of the unknown. It’s their efforts to transform the endeavor into a feature that proves to be problematic, as pacing eventually slows to a crawl and the core mystery loses appeal. Read the rest at Blu-ray.com