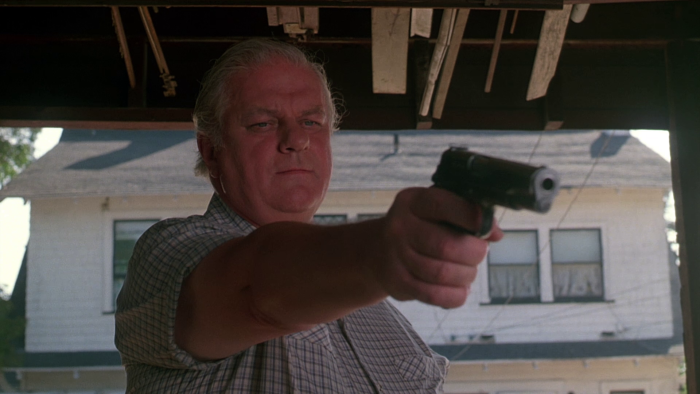 Movie productions in the 1980s were filled with crazy ideas. Someone, somewhere saw sixtysomething Charles Bronson taking on bad guys and thought, "Maybe we can get Charles Durning to do the same thing!" 1985's "Stand Alone" doesn't replicate the stone-faced approach of a typical Bronson endeavor, but it does have Durning in American hero mode, battling members of a Mexican cartel who've invaded a Californian suburb. Durning as a gun-toting man of action isn't the easiest buy in terms of screen fantasy, but he's a terrific actor, and that's what really counts here. "Stand Alone" isn't big on brawling, but it does offer plenty of opportunities for the cast to showcase their skills, with Durning doing what he can to transform himself into a semi-credible mean machine. Read the rest at Blu-ray.com